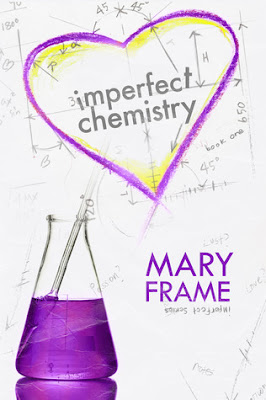 Lucy London puts the word genius to shame. Having obtained her PhD in microbiology by the age of twenty, she's amassed a wealth of knowledge, but one subject still eludes her-people. The pendulum of passions experienced by those around her both confuses and intrigues her, so when she's offered a grant to study emotion as a pathogen, she jumps on the opportunity. When her attempts to come up with an actual experiment quickly drop from lackluster to nonexistent, she's given a choice: figure out how to conduct a groundbreaking study on passion, or lose both the grant and her position at the university. Put on leave until she can crack the perfect proposal, she finds there's only one way she can study emotions-by experiencing them herself. Enter Jensen Walker, Lucy's neighbor and the one person on the planet she finds strangely and maddeningly appealing. Jensen's life is the stuff of campus legend, messy, emotional, complicated-in short, the perfect starting point for Lucy's study. When her tenaciousness wears him down and he consents to help her, sparks fly. To her surprise, Lucy finds herself battling with her own emotions, as foreign as they are intense. With the clock ticking on her deadline, Lucy must decide what's more important: analyzing her passions...or giving in to them?

I received a copy of this book in exchange for a tip on a horse. I swear that bastard was supposed to be a sure thing. How could I have known he'd come in 6th?

I've experience my share of imperfect chemistry in my time. My junior year of high school was the worst though. I actually got kicked out of chemistry after I almost blew up half the school (it was a small school.) Who knew you weren't supposed to mix potassium and water? Mr. Stiles stopped me before I started pouring though (thankfully), but that was my last strike. They probably should have kicked me out after Wendy ended up in the hospital from inhaling the noxious fumes I created with ammonia and bleach. It's actually surprising she's the only one that had to be hospitalized.

Imperfect chemistry can also be a metaphor for personal relationships, and I've experienced some of that too. To be perfectly honest, in my youth I behaved quite a bit like lithium, bonding with nearly everything. I don't regret it much, though, because eventually it led me to the dihydrogen for my monoxide.

While I was not reading this book, I kept picturing Lucy as Dr. Sheldon Cooper with a wig (he's not a very attractive woman, but maybe I shouldn't have gone with Danaery's Targaryen blonde for the wig color.)

Overall I give Imperfect Chemistry 3 out of 5 stars because metaphors are cool even though I'm not.

Mary Frame is a full time mother and wife with a full time job. She has no idea how she managed to write a novel, except that it involved copious amounts of wine. She doesn't enjoy writing about herself in third person, but she does enjoy reading, writing, dancing, and damaging the ear drums of her co-workers when she randomly decides to sing to them. She lives in Reno, Nevada with her husband, two children and a border collie named Stella. To see what she's working on, you can follower her blog, Twitter, or Facebook. blog: marewolf.blogspot.com Twitter: @marewulf Facebook: www.facebook.com/AuthorMaryFrame

If you would like to read some legitimate reviews of Imperfect Chemistry, click any of the links below.

Shooting Stars Reviews // Get Your Smut On // Sofia @Platypire Reviews
Posted by Just Another Girl and Her Books at 4:44 PM