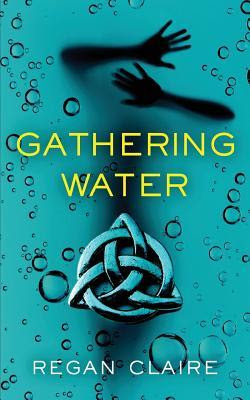 Della Doe Deare isn't like most people. Most people begin their life on the day they enter the world; the day they're born. Della, well, hers began on the day she turned eighteen. After all, it was the day she first heard her real name, and that of her mothers. With nothing but a couple of duffel bags and a folder full of questions, she travels home to coastal North Carolina to claim the house she inherited from a grandmother she never knew. She has two goals: discover why her mother ran away from home all those years ago, and avoid the family that had left her to rot in an inept foster care system. Hard to do when the family she's been trying to avoid is dragging her into an unimaginable world... a world on the brink of war, and both sides want her dead. All Della ever wanted was to know who she was, but the journey to self-discovery might just lead to her destruction.

I'm not going to lie to you. I stole a copy of this book from a small local bookstore when the old shopkeeper wasn't looking. It was his book. He'd been reading it when I came in the store to hide from some bullies that were after me, or maybe they were after someone else, but I was scared, so I ducked into the shop to get away.

This book says it's by someone named Regan Claire, but you can't fool me. I recognize the emblem from The Neverending Story when I see it, and that's why I just had to have this book. But maybe this part of the story IS by this Regan Claire person, and that's okay, I guess. It makes sense that a story that never ends would have more than one author after all. Anyway, on to the story. P.S. Potential spoiler alert.

So this girl Della inherits a house when she turns eighteen, because that totally happens all the time right, and all she wants to do is find out why her mom left her. It was super obvious to me from the beginning that her mom didn't choose to leave, but when Bastian couldn't think of a new name for her, she basically just vanished, you know. Because that's what happens when the children of the world stop using their imaginations, and frankly with the advent of iPads and YouTube, I don't think children these days even know what an imagination is.

I still felt super bad for Della. Losing your mother as a child has to suck, and then finding out that you have family that could have rescued you from foster care but didn't. I'd want to avoid those jerks too. Then being drawn into a strange world to fight the Nothing would really just be the icing on the shit cake.

Overall I give Gathering Water 5 out of 5 stars because you just can't give part of The Neverending Story less than 5 stars.


A Tidewater girl born and bred, Regan Claire’s first friend and love was the Atlantic. Growing up being told legends about pirates and American Natives common in coastal VA and NC, coupled with being an only child, did wonders for her imagination; she’s had one foot in fantasy-land ever since, a trait her closest friends heroically endure (and one she secretly hopes her two daughters have inherited). She moved inland to Nashville when she was entering tweenhood, and not a day goes by that she doesn’t miss her childhood playmate and it’s crashing waves. Nashville has her perks though, and Regan’s proud to be raising her children in Music City. She loves fairy tales, teen movies, and is constantly late.Feel free to email me at: ReganClaire.feedback@gmail.com, or visit my website at www.reganclaire.com.

If you would like to read some legitimate reviews of Gathering Water, just click any of the following links.

The Book Whisperer // S.J. Pierce // Celebrity Readers
Posted by Just Another Girl and Her Books at 5:17 AM