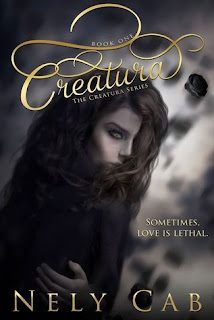 When seventeen year-old Isis Martin is having trouble sleeping due to perturbing dreams of a horrific growling beast, she decides to confront her fear. But what Isis discovers is something other than a menacing entity.The human-like creature offers Isis assurance that he is not a figment of her imagination. Unwilling to accept his avowal, Isis sets his words to contest by asking the entity to prove himself—a dare, he readily welcomes.It is in her dreams that Isis innocently stumbles upon the silent existence of the divine lineage of those that man has long forgotten.In a quaint town, deep in south Texas, this story leads Isis onto the path of impermissible love and captivating life-changing truths. Isis Martin's journey is sure to leave any reader ravenous for more.

My husband brought me a copy of this book back from his first deployment in Iraq, and frankly, I'm surprised that the Army let him do it, because it's about freakin' ISIS!!! But maybe they didn't really read it first, I don't know. But I can't really blame them, because frankly I couldn't even finish this book (although I at least read far enough to find out it's about ISIS before I stopped reading.)

I wanted to like this book, I really did. I've heard from people, who I thought had good taste because they like chocolate chip cookies, that it's a really good book (and one person who has very clearly horrible taste because she likes oatmeal raisin cookies, but I figured that was a fluke). But you know, you'd have to basically be a psychopath to like a book about ISIS (you know what, now that I think about it, all those people that have told me this book is great are kind of kooky, to say the very least).

I tried to give this book a chance in spite of the fact that it's about ISIS, but by about a third of the way through the book I realized that I was supposed to freakin' empathize with ISIS, and that was just not happening. I mean it's one thing to write a book featuring ISIS, but it's quite another to expect me to empathize them (because really, they can totally be the bad guys in a book, because we all know they are the bad guys, so that makes sense). At that point, I threw the book into my non-existent fireplace where it belongs and burnt it to a crisp. That book is no more. Good riddance.

Overall I give this book one bomb because that's exactly what it was. A great big bomb.

Nely Cab is a Writer of stuff, a Master Coffee Drinker, a Food Maker & Eater, an Imaginary World Conqueror, and an Air Breather. She talks to herself—a lot—in her South Texas home while she plots stories about fantasy worlds and sips coffee from a pitcher. She’s known for cooking far too much food and has a tendency to overdo…well, everything. It is rumored that she is fabulous. Nely Cab is the best-selling author of the Creatura series.

If you would like to read some legitimate reviews of Creatura, just click any of the following links.

Bianca2B // The Urban Diva // Maribel @Platypire Reviews
SaveSave
Posted by Just Another Girl and Her Books at 7:50 PM