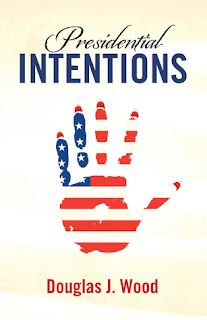 An overachiever who is driven by an ambition to succeed, Samantha Harrison has set out to be the first woman president in United States history. With her devoted husband Ben behind her, she begins her campaign with Zachary Watts, a determined campaign manager with questionable ethics. As her campaign begins to take shape, Samantha is forced to deal with a crumbling home life as she continues her quest to hold the highest office in the land. Forced to decide what she's willing to lose to win, Samantha's choices will ultimately determine who's standing beside her in the end. Highlighting Samantha's personal conflicts and burning desire to win, Presidential Intentions creates a gripping political drama that examines the personal cost of realizing her dream. With an innocent naivety on the human capacity for evil and certain blindness to the things around her, Samantha might achieve her goal; however, she might never truly know what it costs her. A mesmerizing and thought-provoking look into the interior of U.S. politics, this complex novel has a lasting appeal that will keep readers thinking long after the book is through. Written for anyone interested in politics or the rise of women, Presidential Intentions appeals to political junkies everywhere as well as anyone immersed in women's issues in business and politics. The first book of its kind to profile a woman presidential candidate's life, this engrossing story tells the story of the sacrifice required in the quest to become the first woman president in American history.

I heard that Hillary Clinton read this book as part of her preparation to run for president in 2016, so naturally I needed to get a copy for myself to prepare for my own political aspirations that I have yet to actually take any steps towards achieving, but that's beside the point. I'm sort of regretting that decision now that the election is over because clearly it didn't do anything to help Hillary out, but hindsight is always twenty twenty.

As a running-for-president-as-a-woman how-to book, this absolutely freaking fails (see above). It does nothing to teach you how to be both strong and likable as a woman. It doesn't teach how to speak passionately about the issues you care about without being considered shrill or emotional. And it doesn't even touch on the subject of what to do when the opposition party has been running a 30 year smear campaign on you that some members of their base eat up like a big ol' plate of biscuits and sausage gravy. No, this book is about a perfectly likable woman whose husband just can't handle the fact that she's trying to do something important with her life. Talk about fragile male ego. You know if the tables were turned he would expect her to drop everything and support him whole-heartedly.

And I can admit that my feelings about the book were absolutely skewed by the 2016 presidential race. Had I picked it up two years ago, I would not have felt as passionately about the events in Samantha's life, a feeling of unexplainable dread anchored in my gut throughout the whole story. I guess it was just poor timing on my part there. But I was still mostly disappointed because it sucked as a how-to book.

Overall I give this 62 million votes for Trump stars.

Douglas J. Wood is a partner in the law firm of Reed Smith LLP and has more than 35 years experience representing the entertainment and media industries, including individuals and multinational companies in motion picture, publishing, advertising, marketing, promotions, unfair competition, intellectual property, and e-commerce matters. Mr. Wood serves as legal adviser to several worldwide trade organizations and is General Counsel to the Association of National Advertisers and the Advertising Council. He is the chief negotiator for the United States advertising industry in labor relations and collective bargaining with SAG-AFTRA and the American Federation of Musicians, the unions representing actors and musicians who perform in commercials. He is also the founder and Chairman of the Global Advertising Lawyers Alliance (www.gala-marketlaw.com), a network of law firms located in more than 50 countries with expertise in advertising and marketing law.Wood received his undergraduate degree in Political Science from the University of Rhode Island and has three law degrees - a J.D. from the Franklin Pierce Law Center, a Master of Laws from New York University, and an honorary Doctor of Laws from the University of New Hampshire - and is listed among the leading global specialists in advertising law in Chambers and the Legal 500 (2007 - 2012), selected for inclusion in the 2007 - 2012 editions of The Best Lawyers in America in the specialty of advertising law; and is listed in the 2007 - 2012 editions of Super Lawyers.

If you would like to read some legitimate reviews of this book, just click any of the following links.

Foreward Reviews // Kirkus
SaveSave
Posted by Just Another Girl and Her Books at 11:53 AM